Developed by Tom Kuhlmann, this elearning uses powerpoint for storyboarding scenario-based learning. We like how Tom presents an overview of the process, focused less on the content and more on the mechanics of working in PowerPoint. Additionally, you can download the powerpoint file to help design your own scenario elearning.

Cutting edge for its time, this piece of scenario-based elearning was created in 2003. Developed by Leo Learning, this elearning example still stands out from the crowd over 10 years later.

This elearning game was developed by Leo Learning for the BBC. It won a gold and bronze at the 2011 Elearning Age awards. 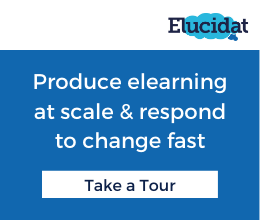